END_OF_DOCUMENT_TOKEN_TO_BE_REPLACED

It goes down in the DMs! 50 Cent shared a screenshot of his private conversation with Will Smith after Jada Pinkett Smith confirmed she had a fling with August Alsina while briefly separated from her husband.

The “In Da Club” rapper, 45, took to Instagram on Saturday, July 11, to reveal that he messaged the Oscar nominee, 51, to make sure he was OK after the couple’s candid, headline-making conversation about their marriage on Pinkett Smith’s Facebook Watch series, Red Table Talk.

“Yo Will you alright over there?” 50 Cent (real name Curtis Jackson III) wrote to Smith, who replied, “Yes i’m cool, I appreciate your concern my brother.” 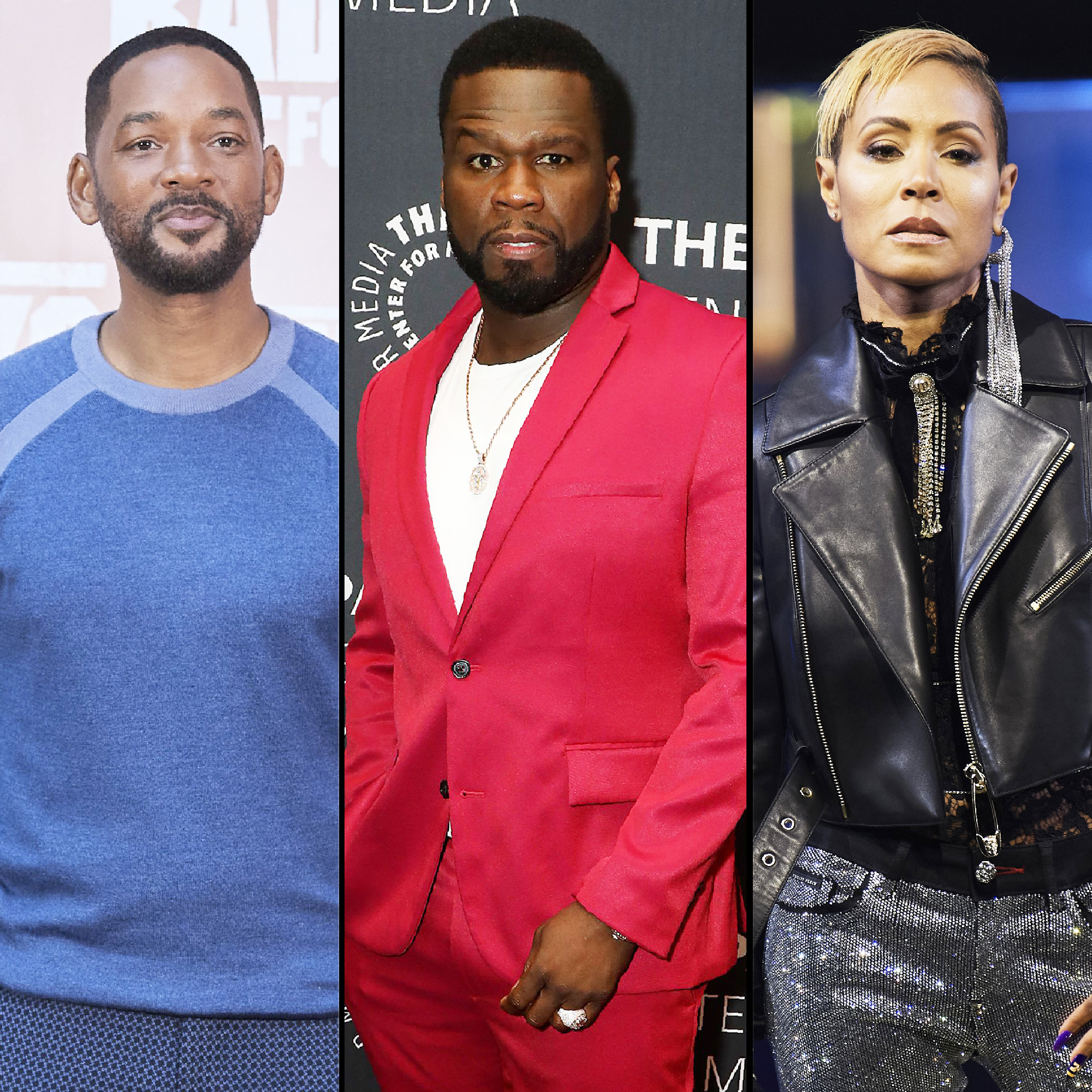 But then, the For Life executive producer started taking jabs at the Bad Boys star, which ultimately led to him being cursed out.

Smith responded, “We broke up so she did her and I did me.”

The G-Unit Records founder then wrote, “She said only SHE can give permission for somebody to blow her back out.”

In response, the Fresh Prince of Bel-Air alum fired back, “F–k you 50.”

50 Cent apparently did not understand why Smith responded in the way that he did, as he captioned his Instagram post, “Damn it’s like that, what i do ?”

Alsina, 27, drove social media users wild on June 30 when he said during an interview with The Breakfast Club’s Angela Yee that he had a years-long affair with Pinkett Smith, 48, with her husband’s blessing.

On Friday, the couple sat down together on Red Table Talk and confirmed much of the R&B singer’s story. Smith told viewers that he and the Girls Trip star had “decided that we were going to separate for a period of time” approximately four and a half years prior.

Pinkett Smith, for her part, revealed that she subsequently “got into a different kind of entanglement” with Alsina, although she denied his claim that the Pursuit of Happyness star had to give them permission. Ultimately, the actress and Alsina went their separate ways, and she rekindled her marriage with Smith.

“We ride together. We die together. Bad marriage for life,” the parents of Jaden Smith, 22, and Willow Smith, 19, said in unison at the end of the record-breaking episode, paraphrasing a quote from Will’s movie Bad Boys for Life.