Party of 6! A Guide to Megan Fox and Machine Gun Kelly’s Blended Family 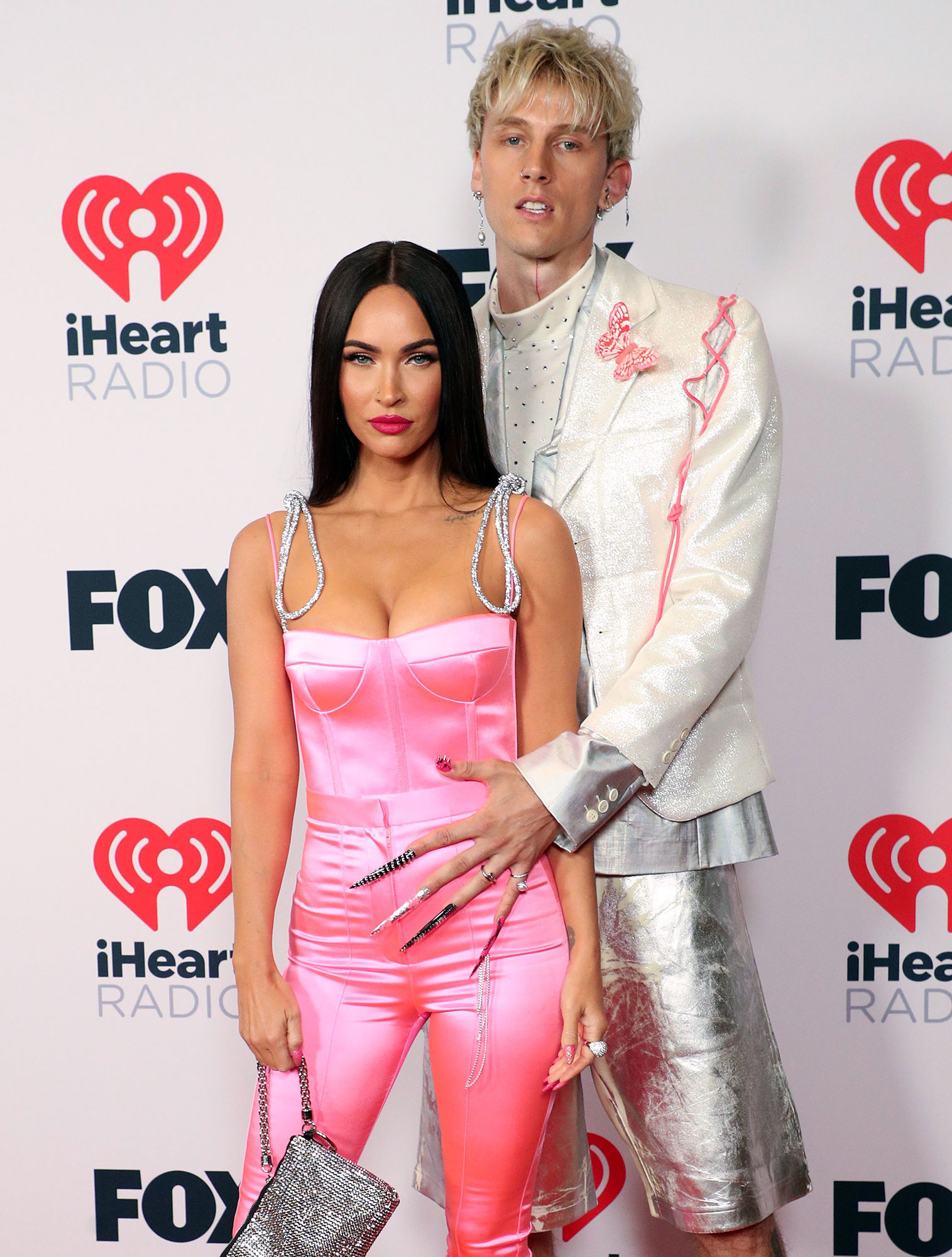 END_OF_DOCUMENT_TOKEN_TO_BE_REPLACED

Blending their broods! Megan Fox and Machine Gun Kelly welcomed children with previous partners before they began dating in 2020.

The actress, for her part, shares Noah, Bodhi and Journey with her estranged husband, Brian Austin Green. The former couple tied the knot in 2010, briefly split in 2015 and ultimately called it quits five years later.

As for the rapper, Kelly welcomed his daughter, Casie, with Emma Cannon in July 2009.

The California native called his ex an “amazing mum” in a May 2020 tweet for Mother’s Day, adding, “Big love to all the young mums out there killin it.”

Kelly started dating Fox that same year, and a source exclusively told Us Weekly in September 2020 that the American Music Award winner had met her children despite Green being “protective” of them.

“Megan and Brian’s relationship is so up and down,” the insider said at the time. “They have been coparenting in a healthy way as best as they can.”

While the source noted that Fox and Kelly weren’t “seriously talking about getting engaged, married or having kids” at the time, the songwriter got down on one knee in January 2022.

“Yes, in this life and every life,” the groom-to-be wrote via Instagram at the time. “Beneath the same branches we fell in love under, I brought her back to ask her to marry me. I know tradition is one ring, but I designed it with Stephen Webster to be two … as two halves of the same soul forming the obscure heart that is our love.”

The Transformers star added in a post of her own: “Having walked through hell together, and having laughed more than I ever imagined possible, he asked me to marry him. And just as in every lifetime before this one, and as in every lifetime that will follow it, I said yes. …and then we drank each other’s blood 1.11.22.”

The Tennessee native previously sparked engagement rumors when she was spotted wearing a band on her left ring finger at an MTV Video Music Awards rehearsal.

While presenting his and Travis Barker’s performance during the show with Kourtney Kardashian, Fox called Kelly her “future baby dadd[y],” gushing, “I’m a huge fan of this next performer, I’ve watched him grow, and not just as a performer but as a person.”

Keep scrolling to meet her and Kelly’s kids.

The actor tweeted in January 2020 that his daughter wears his “merch shirts to sleep every night.” While Kelly keeps his bond with her private, he wrote via Twitter in 2019 that he caught “two connecting flights [with] no sleep” to make it to Casie’s recital.

Fox gave birth to her eldest in September 2012. Five years later, Green defended the little one’s choice to wear dresses, telling Today show cohosts, “He’s 4, and if he wants to wear it, then he wears it. Dresses or goggles or slippers or whatever. It’s his life. They’re not my clothes. … I feel like at 4 or 5, that’s a time when he should be having fun. He’s not harming anyone wearing a dress. So if he wants to wear a dress, awesome! Good on him.”

Bodhi arrived in February 2014. Fox called him and his older sibling “wild beasts” in a November 2017 interview with Extra, explaining, “Everything is a weapon. You can’t have forks, forks are weapons … They’re always trying to kill each other, and it’s so stressful because the baby gets stressed out because he doesn’t understand what’s going on.”

The Jennifer’s Body star added at the time that her youngest, who was born in August 2016, has a “very calm and kind” personality.

Moms Like Us tackles all your parenting questions and breaks down all the celebrity parenting news of the week.