Nick and Vanessa Lachey: A Timeline of Their Relationship 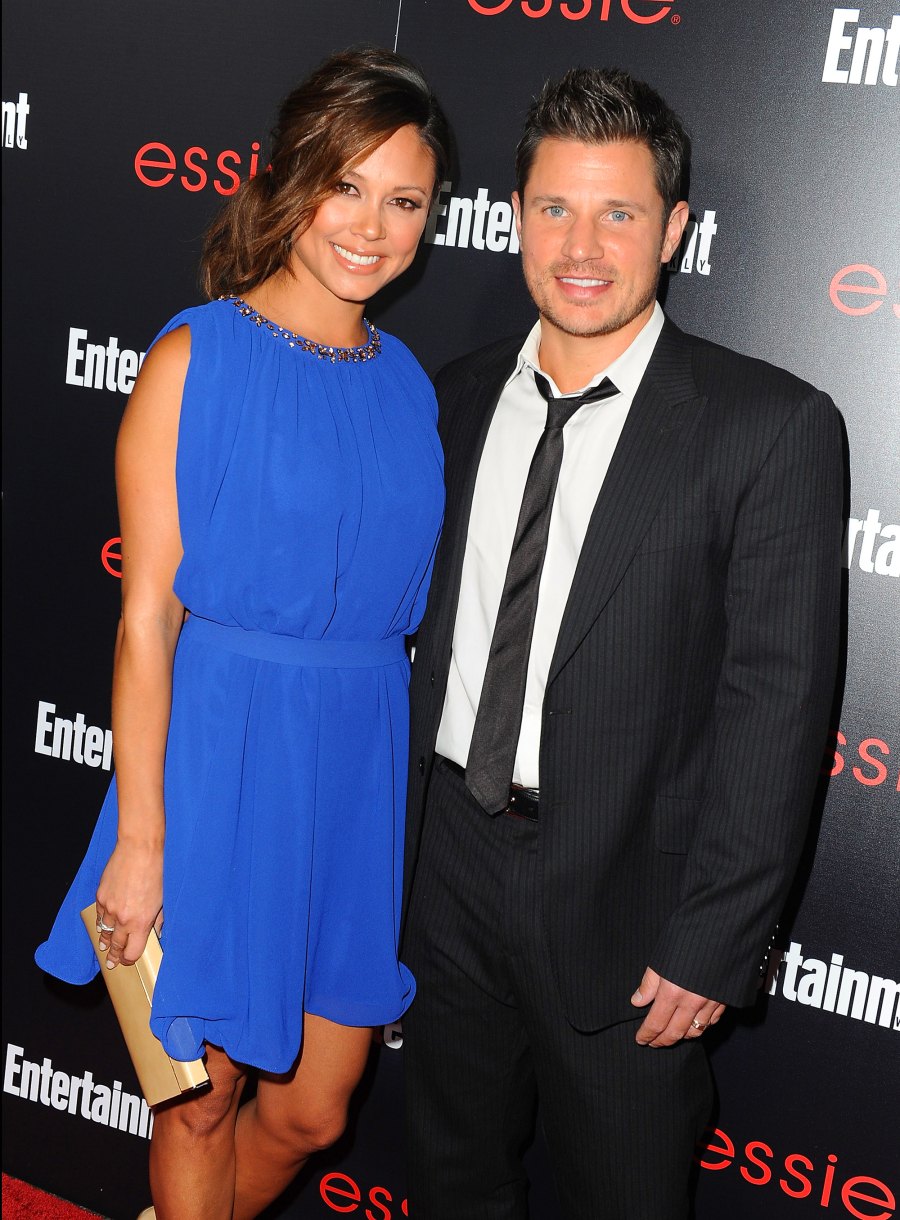 END_OF_DOCUMENT_TOKEN_TO_BE_REPLACED

Still going strong! While they’ve faced their fair share of relationship challenges through the years, Nick Lachey and Vanessa Lachey (née Minnillo) are the definition of couple goals.

Nick first laid eyes on the former TRL host while he was still married to Jessica Simpson, from whom he split in 2006. Vanessa and the 98 Degrees singer got engaged in November 2010 and tied the knot eight months later. They went on to welcome three children: Camden, born in 2012, Brooklyn, born in 2015, and Phoenix, born in 2016.

When it comes to expanding their family of five, the duo have weighed all the options. “The shop is closed,” the former Miss Teen USA joked during a February 2020 appearance on the Tamron Hall Show, teasing, “No más.”

Six months later, however, she seemingly changed her tune. “I mean, I still like my husband and he likes me,” she told Us Weekly exclusively in August 2020. “So I guess anything’s possible.”

Even with their hectic work schedules — and while keeping tabs on their three kids — the pair always find time for one another. During the 2020 coronavirus pandemic, the couple had “a really amazing time” connecting with each other on a deeper level.

“I think we’ve had our highest highs and our lowest lows as a couple, and it’s forced us to communicate better and things that we thought we kind of had under control or tools we used to use in our relationship,” Vanessa exclusively told Us. “When you’re forced to be together 24/7 with three little ones, who also, you know, don’t really understand what’s going on. It kind of makes you have to reprioritize. I mean, we’ve been together for 14 years, married for nine and we still put our family first. I need different things now than I did 14 years ago. And he does as well.”

At the time, the twosome got creative with their communication tactics. To show her appreciation for her husband, Vanessa would write lipstick love notes on their mirror as a way of “letting him know I’m thinking of him.”

One month later, the couple soaked up some one-on-one time on a “no kids allowed” getaway. “I LOVE our kids, but I Love our solo time together just as much!” the TV personality teased in an Instagram post in September 2020.

Scroll through to relive their relationship journey, from Vanessa’s appearance in the Nick’s 2006 music video for “What’s Left of Me” to their brief split and romantic walk down the aisle: