Miranda and Steve’s Relationship Timeline: From ‘SATC’ to ‘And Just Like That’ 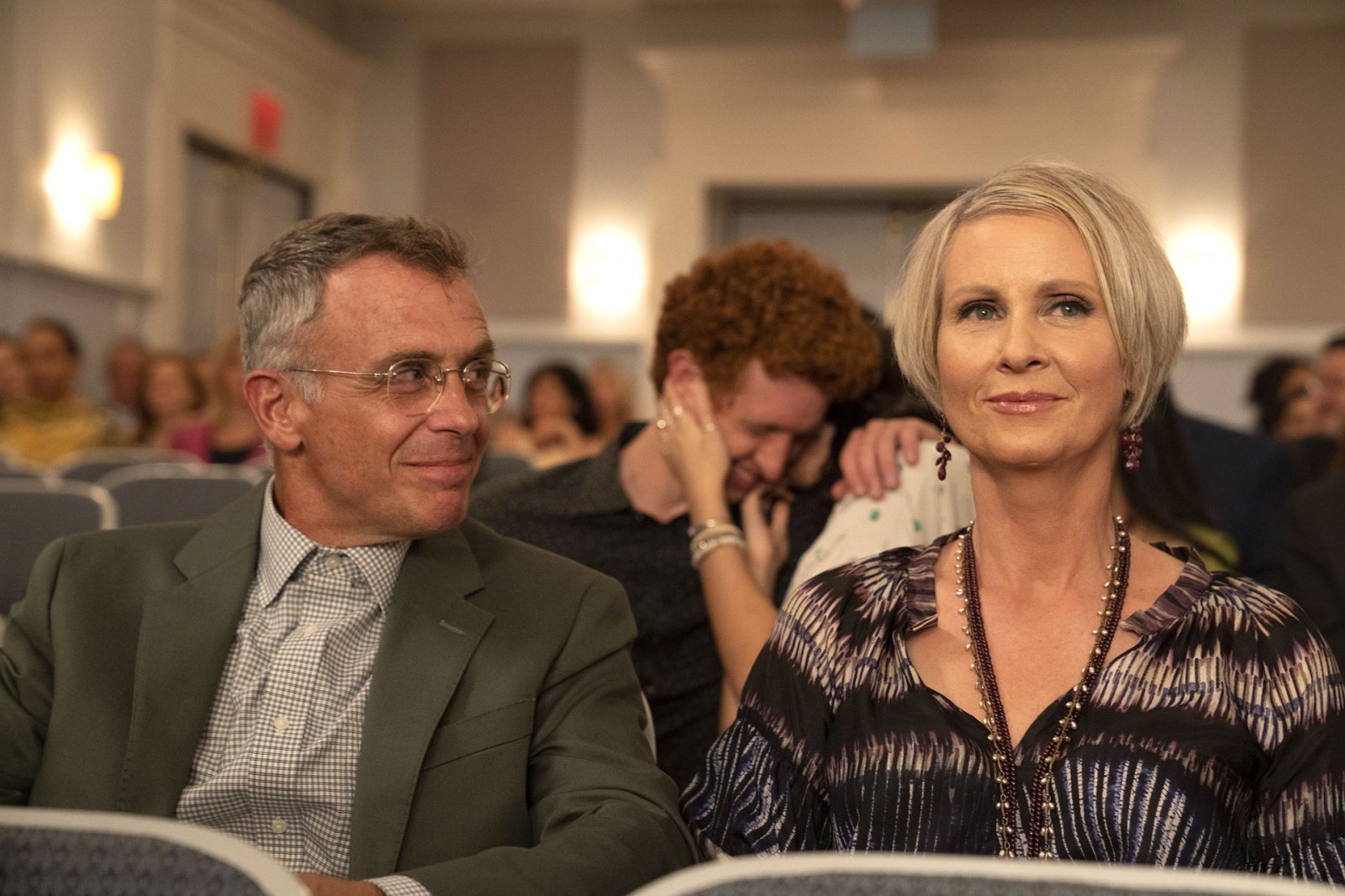 END_OF_DOCUMENT_TOKEN_TO_BE_REPLACED

Not the future fans were expecting. Miranda Hobbs (Cynthia Nixon) and Steve Brady’s (David Eigenberg) romance had its fair share of ups and downs before they found their way back to one another in the final season of Sex and the City.

Viewers originally saw sparks fly when Steve appeared as Miranda’s bartender in a 1999 episode of the hit HBO series. After having an on and off relationship, the pair welcomed a son, Brady, and one year later, they rekindled their romance and tied the knot.

The first Sex and the City movie created a complication for the duo when Steve admitted that he cheated on Miranda. After a nudge from Carrie (Sarah Jessica Parker), Miranda decided to go to therapy and put in the work to continue to grow alongside Steve.

Before And Just Like That debuted on HBO Max in December 2021, Eigenberg admitted that it was “scary” to return to the role of Miranda’s husband.

“It’s been 20 years since the TV show almost,” the Chicago Fire star exclusively told Us Weekly at the revival’s red carpet premiere in New York City. “I’ve always been an in and out guy. I say that on Sex and the City! I pop in and pop out, so I was trying to find my sea legs a little bit. But it was fun, we snapped back into it. It’s always great seeing the same lovely faces.”

While reflecting on how Miranda and Steve’s relationship has evolved since fans last saw them on screen, Eigenberg noted that there is still “a lot of love” between the twosome, adding, “There really is, and they’ve raised a great kid and the horizon holds the future and we’ll see where they go.”

The Killing Eleanor alum explained that raising a now-teenage son (Niall Cunningham) would prove to be difficult for the parents.

“[He’s] just a little at war as every 17-year-old is with their parents and maybe more in an adult way than most teenagers because he’s from Brooklyn,” he added at the time. “Some of Steve’s go at your own speed, bro-y vibe is there, but I think Miranda’s dry sense of humor and intensity is definitely a part of him.”

Nixon, for her part, revealed that her character’s struggles may come from a more unexpected place.

“Miranda, like the other women, she’s in menopause,” the Emmy winner said during a press conference in December 2021. “Maybe your child-rearing is done, or finishing up, and maybe you’ve achieved something at work, but you wanna try something new — something you’ve never risked or change careers completely while there’s still time.”

The activist noted that Miranda has undergone a major change “before the show starts” so fans can expect to see her in a completely different state of mind.

Although Miranda’s interest in branching out professionally didn’t come as a surprise to people, her interest in newcomer Che Diaz (Sara Ramirez) definitely left fans’ jaws on the floor. The chemistry between the pair escalated, as did Miranda’s apparent drinking problem, until they loudly hooked up in Carrie’s kitchen.

During the fifth episode of And Just Like That, Carrie confronts her best friend after she is woken up post-surgery to the sight of Miranda and her boss hooking up.

According to Nixon, Miranda’s journey will continue to take on a life of its own as she tries to figure out what she wants.

“She’s very excited and she’s scared and she’s very awkward,” the Ratched alum shared. “But then again, I find it very touching. She’s 55, and they say that you can’t teach an old dog new tricks — but Miranda is gonna die trying. I think that’s the thing about our show — You don’t wanna just have people trotting over the same territory. There’s nothing dramatic in that. There’s nothing comedic in that.”

And Just Like That is now streaming on HBO Max.

Scroll down to relive the relationship between Miranda and Steve as they navigate the next chapter in their lives on And Just Like That: