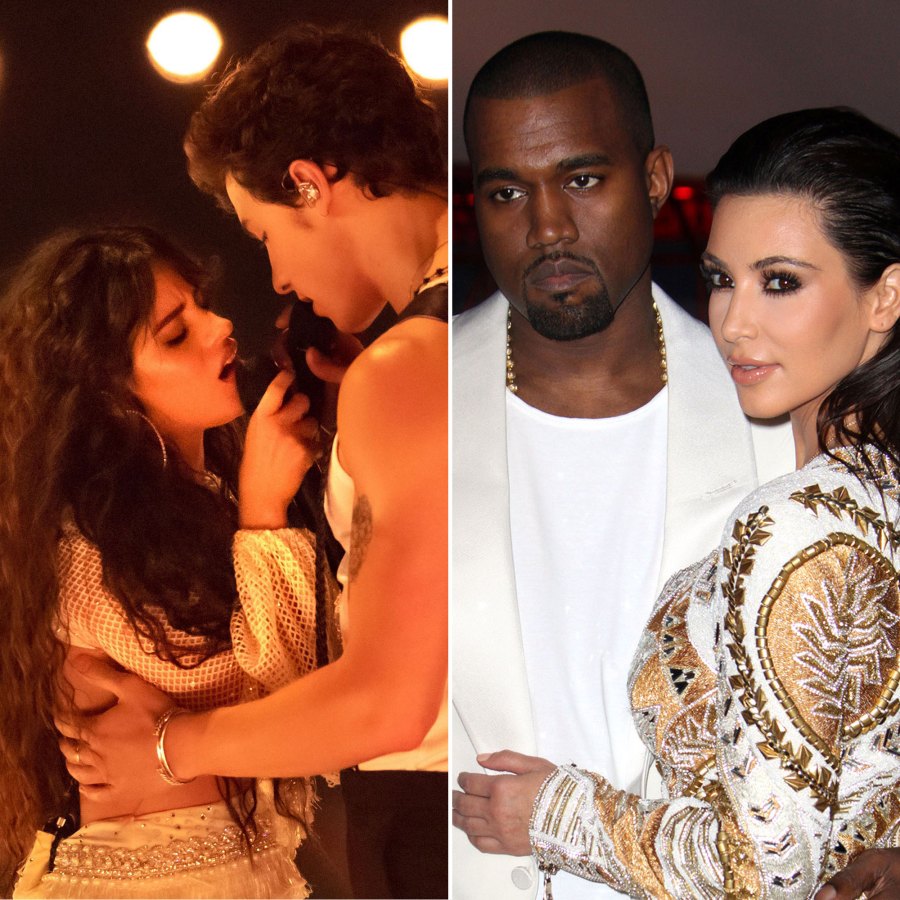 END_OF_DOCUMENT_TOKEN_TO_BE_REPLACED

Written in the stars. Shawn Mendes and Camila Cabello, Kim Kardashian and Kanye West, and more celebrities went from just friends to something more over the years. In fact, some of the strongest relationships in Hollywood began on platonic terms.

West and Kardashian did not start dating until 2012, but they first crossed paths nearly a decade earlier. “I met him I think in 2002 or 2003,” the KKW Beauty founder said during the Keeping Up With the Kardashians 10th anniversary special in 2017. “He was recording a song with Brandy, and I was her friend. I vividly remember hanging out with him, and then they did a video together, so I’d see him a few times. He was asking his friends: ‘Who is this Kim Kardajan?’ He didn’t know what my name was.”

The rapper quickly became acquainted with the reality star, leading to a long friendship that saw Kardashian wed to another man. She and Kris Humphries tied the knot in August 2011, but their short-lived marriage did not eliminate her bond with West.

“Right before I got married to Kris Humphries, [Kanye and I] were talking, and I just went a different direction,” she explained. “I think I had to go through that to figure out what I wanted. After my breakup, I was feeling really low and down and he said, ‘Just come to Paris and see my fashion show.’ He jokes that he put on this whole fashion show just to get a date with me. So I went there and I stayed with him, and that’s where we started dating. I swear from the moment I landed, I fell madly in love with him and I thought, ‘Oh, my God, why didn’t I do this sooner?’ Like, this is what real life is like — love and fun and real support.”

The KKW Beauty and the Yeezy designer wed in an Italian ceremony in May 2014. Nearly six years later — and after welcoming four kids together — the pair separated in February 2021.

Mila Kunis and Ashton Kutcher also had an aha moment years after starring on That ‘70s Show together. The Ranch star and the Bad Moms actress became friends with benefits … until she called it off. “I walked up to him and I was like, ‘You know what? I actually care about you, and I don’t wanna mess anything up, so I’m just going to walk away before it becomes too much,’” she recalled in a 2018 interview with the “WTF With Marc Maron” podcast. “And he was like, ‘Got it.’”

However, their feelings for each other won out: “The next day he showed up to my house, and he was like, ‘Move in with me.’”

Scroll to see more celebrity couples who were friends first.